Athletes and breathing go well together

Athletes and breathing go well together because without proper breathing you can not perform at your peak performance. The more air you are able to breathe, the more you are going to be able to compete.

No one thinks about breathing more than those who cannot breathe. Second in line are athletes. What if the key to breathing was not breathing? Turns out that may be the secret.

Mouth breathing, which makes it easier to breathe, alters chemicals and hormones in the entire body. Everyone knows that the human body is a 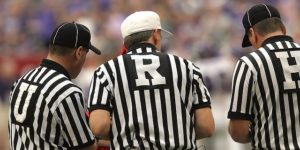 Be your own ref, breathing is your call

chemical factory with checks and balances. Where one change can change can alter many things. For instance, a child with a small airway has a higher incidence of bedwetting. Treatment can include orthodontically managed arch expansion which increases the size of the sinuses and gets the kid more air.

Give it a try, cant hurt

Recently I asked a mountain road bike rider to try his 25 mile 2000 foot elevation ride with his mouth closed. He thought I was nuts; until he tried it. After the ride he had to recheck his odometer. His energy level was far higher than he had normally. What happened?

Another client, reduce his anxiety and made him more comfortable with breathing in general by employing this technique. At the beginning of the five weekly sessions he could comfortably hold his breath while sitting for under twenty seconds. Now weeks after the lessons ended he is able to hold for over a minute, even when walking. He’s much calmer and never feels short of breath as he had before.

What’s involved? A complete health history to make sure you’re healthy enough for the whole sequence. Then five weeks of simple techniques designed to help get your tolerance up for the carbon dioxide. Yes, it’s likely you can do it. And it’s likely that you’ll be able to improve your performance, whatever your activity is.